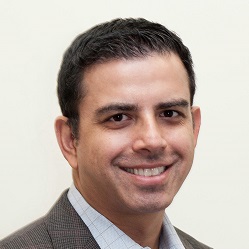 Shival Virmani is currently Vice President and Head of Mobile Licensing at InterDigital. He has recently returned there at the beginning of this year after having left in 2011.

From 2011 until his recent return to InterDigital, he was Assistant General Counsel, IP and Licensing for Western Digital by way of its acquisition of SanDisk, where he was hired in 2015 to run the flash memory licensing program. Prior to this he was VP, Licensing at Rockstar Consortium.

He has also worked abroad in Munich, Germany for Infineon Technologies and for the federal government as both a USTIC Staff Attorney and a former examiner.