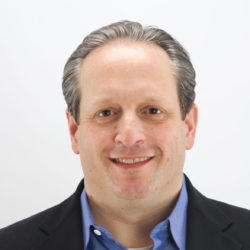 At SCA Peter oversees the IP group and is primarily responsible for intellectual property matters involving Sony and third parties. These matters include licensing, litigation, transactions and standards-related activities. SCA IPD leads various IP-centric strategic alliances and other initiatives that support Sony’s businesses and focus on the procurement, monetization, and development of intellectual property assets. The group has members in New York, New Jersey, California, and London and works closely with its counterparts in Tokyo and at Sony entities in the U.S. and throughout the world. Peter also oversees Sony’s U.S. patent prosecution team.

Peter is a frequent speaker at IP related conferences and is continuously named to IAM 300 – A Guide to the World’s Leading IP Strategists.

Peter earned a B.S. in Electrical Engineering from Lafayette College and a J.D. with distinction from Hofstra University School of Law where he was a member of the Law Review. He is a member of numerous professional and legal organizations, including the Licensing Executive Society, the American and New York Bar Associations, and the Intellectual Property Owner’s Association. He is also a member of the New York, New Jersey (in-house), Federal Circuit and USPTO bars.