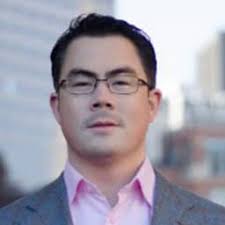 Matt Stack is a founder of XLP Capital, the founding manager of the Lambda Prime Venture Funds, and the Chief Investment Officer of XLP’s technology equity and credit investments at Devonshire Capital Funds. He is an experienced early and seed stage investor in high tech hardware and analytics companies with over $250M in completed deals, and serves as a technology advisor to a variety of institutions and family offices overseeing and directing over $800M in assets. Over the past decade, Matt has acquired and developed a collection of minority interests in companies across North America ranging from university spinouts in medtech and machine learning to mid-sized industrial technology companies. Matt serves as an advisor to a number of privately held companies and sovereign investment trusts, where he manages and supervises technology and high-performance computing investments. He serves as the lead cryptocurrency and blockchain advisor to the United Nations, where he advises governments on technology and central banking policies. Matt has served as the Director of High Performance Computing at the Mars Corporation, Senior Quantitative Strategist to Bain Capital, and as a Partner at 3LP, a Boston-based elite Intellectual Property advisory firm.

Matt’s prior experiences include managing acquisitions for a $120M corporate-led technology buyout fund in Palo Alto, as well as spending 6 years at The Boston Consulting Group in the Boston and New York offices, where he worked on projects in the Health Care, IT, Retail, Industrial Goods, and Strategy practice areas. He frequently helped corporate clients with topics including corporate growth strategy, merger and acquisitions, and post-merger integration. Before BCG, Matt co-founded a health care software startup, a small electronics company, an advanced composites design firm, and a semiconductor distribution company that traded high end semiconductor chips between Shenzhen, Tokyo, and Tecate. He is the creator and lead developer of the OpenEMR medical records software platform that is entering its 15th year of deployment, and is deployed in over 50 countries through the World Health Organization.