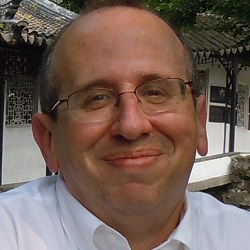 Mark joined the University of California Berkeley Law School in October 2017 as a Senior Fellow of the Berkeley Center for Law and Technology and as Director of the new BCLT Asia IP Project, which will expand the law school’s reach on technology-related IP issues within Asia. Prior to this position, he served as the first Senior Counsel on China to the USPTO leading its 21-member China team and as both a visiting professor and adjunct professor at Fordham Law School.

In total, Mark has over 30 years private, public sector, in-house, and academic experience in China and transition economies, with a focus on technology trade and monetizing intellectual property. Among his accomplishments within government, Mark was posted to Beijing as the first US IP Attaché in China from 2004-2008. He also helped institute the US-China IP Dialogue under the Joint Commission on Commerce and Trade, and launched the US – China “track 2” IP Dialogue under the US Chamber of Commerce. Mark also re-established bilateral relationships with China’s patent and trademark offices after China joined the WTO; invited China into a newly established IP-5, consisting of the five largest patent offices in the world; develop a “China Resource Center” at the USPTO for increased empirical research on China’s IP environment at USPTO; and provided training and guidance on a range of China trade and rule of law matters within the US government.

Among various honors, he was recognized as an IP “Trailblazer” by the National Law Journal, as an “IP Champion” by the US Chamber of Commerce, and as a leading “IP Diplomat” by PhRMA. He also received the President Rank Award for Distinguished Civil Service by the USPTO in 2018 for his work on technology licensing. This is tthe highest award offered a civil servant in the federal government.

Among his professional experiences outside of government, Mark taught the first class offered in North American on Chinese Intellectual Property Law while at Fordham Law School. He also served as General Counsel to a mid-sized European generic pharmaceutical company in the 1990’s. Mark has numerous publications, including serving as the editor and author of the blog www.chinaipr.com