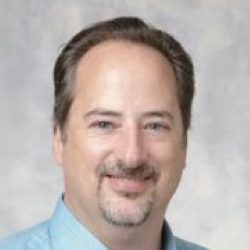 Gregory Kisor is global head of investment fund management at Intellectual Ventures Management LLC, where he focuses on a variety of projects relating to the monetisation of inventions. Over more than 15 years at Intellectual Ventures, Mr Kisor has held the roles of chief technologist, vice president of technology, vice president of licensing, vice president of investor relations and chief portfolio architect. He has been responsible for developing or co-developing many of the firm’s processes and methods related to patent analysis, patent valuation, portfolio management, portfolio strategy and investment planning. Mr Kisor has also been a key contributor on many licensing deals and the raising and launching of several new funds.

Before joining Intellectual Ventures, Mr Kisor spent 10 years at Intel Corporation, where he held numerous jobs, including principal engineer and head patent technologist and strategist. As head patent technologist and strategist he was responsible for IP strategy, portfolio development and patent assertions, and was a key participant in licence negotiations.

Mr Kisor was previously a member of the National Academies Committee for Science Technology and Law, which serves as adviser to the US government on a broad range of topics, including patents and intellectual property. He is a frequent keynote and guest speaker at industry conferences, as well as university law schools and engineering programmes. Mr Kisor is often a judge for the New Venture Competition, held annually at the University of California, Santa Barbara.

Before his role as patent technologist at Intel, Mr Kisor was the lead architect for many of Intel’s products, including video and data conferencing, Java implementations and digital video strategy. Mr Kisor was chair of the US JPEG Committee and has held many high positions in international standards, including ISO/IEC JTC1, ETSI, ECMA, SMPTE, IETF and ITU. In the past, Mr Kisor has also held positions at National Semiconductor, IBM and an image compression-focused start-up. Mr Kisor is the inventor on many patents – with more pending. He received his BSEE from the Brigham Young University.