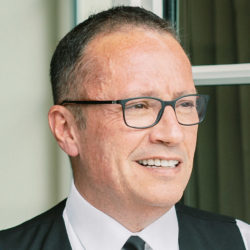 Erich is the CEO and co-founder of IPwe, a company using blockchain and AI to create the patent asset class by making it easy and far less expensive to analyze, interact with and transact in patents.   He is regularly recognized as one of the world’s top 50 IP strategists, credited with being one of the people that is changing the way people think about and use patents.

After an early career that included law firm partner, investment banker and business executive, Erich had a very successful 10+ year run as one of the world’s leading global “patent trolls,” followed by a $1.7 billion-dollar hedge fund partnership using the AIA to invalidate weak drug patents.  Erich has been involved as a principal in over 1,000 licensing transactions that generated over $500 million in revenue and as a principal and advisor on over $2 billion of patent financing and acquisition transactions.  Erich and his team acquired and began developing their patent AI tools in 2007 and started working to identify real world blockchain applications in 2015. Starting with the Global Patent Registry as a single place to find and learn basic information about the world’s patents free of charge, the IPwe business has evolved globally to facilitate a marketplace where information and analytics can be obtained without charge and transactions can be completed at the lowest possible cost. IPwe is a multi-sided platform and market place serving the patent ecosystem.

Erich and the IPwe team are committed to improving patent ROI whether you measure it by dollar returns, jobs created, ventures launched, problems solved or some other metric by increasing transparency, lowering costs and enhancing returns for the benefit of the entire patent ecosystem.