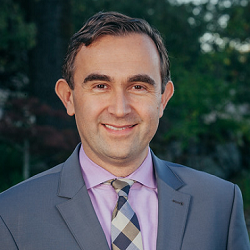 Dr. Causevic was formerly the founder and CEO of Black Stone IP, a boutique investment bank focused on valuing and trading Tech+IP assets, which was acquired by Houlihan Lokey in 2017. Prior to Black Stone, he was instrumental in the MIPS semiconductors $350 million patent transaction while he served as the Head of IP Strategy Practice at Ocean Tomo. Before Ocean Tomo, Dr. Causevic founded several industrial, medical, and high-tech businesses, raising over $50 million in premier venture capital, two of which were ultimately acquired by Fortune 500 companies.

Dr. Causevic is a named inventor on more than 20 patents and patent applications, and was a J.W. Gibbs Assistant Professor of Applied Mathematics at Yale University.

Dr. Causevic holds a B.S., an M.S., and a Doctor of Science in Electrical Engineering from Washington University in St. Louis, and a J.D. from the University of California, Hastings College of the Law.