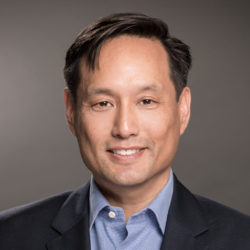 Allen is Deputy General Counsel and Vice President, IP for Facebook, where he is responsible Facebook’s intellectual property matters globally as well as intermediary liability from illegal content. Before Facebook, Allen was Deputy General Counsel for Patents at Google for six years where he was responsible for patent portfolio development, licensing, litigation, and policy during the Android smartphone patent wars. At both Facebook and Google, he has served as executive sponsor for the legal department’s D&I efforts.

Before Google, Allen worked at Juniper Networks, a networking equipment company, for 12 years, where he was responsible for intellectual property, product counseling, global litigation, employment law, privacy, and legal operations. He also worked in private practice at Finnegan Henderson for seven years and in the public sector as a law clerk for Chief Magistrate Judge Edward Infante at the US District Court in San Jose and as an examiner at the USPTO.

Allen received his BS in Electrical Engineering from The Ohio State University and his JD from the Georgetown University Law Center. He was included in the National Law Journal’s inaugural list of top 50 Intellectual Property Trailblazers and Pioneers and ranked #1 on the list of IAM Magazine’s annual list of top 40 most influential people in the global IP market.